New renderings of Xiaomi MIX4 exposed. Netizen: This is the MIX in my mind

A few days ago, Xiaomi released the long-lost new MIX series-Xiaomi MIX Fold folding screen mobile phone, the first liquid lens and surging C1 professional imaging chip. It is worth noting that, in addition to this folding screen phone, Xiaomi may have a new MIX series next, equipped with an under-screen camera to achieve a true full screen. 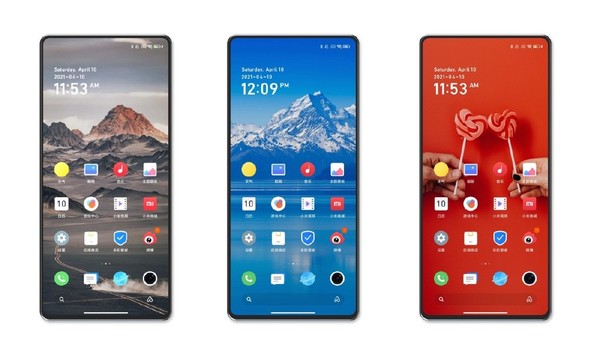 The next new product of the MIX series is likely to be the long-awaited Mi MIX4, a conventional candy bar phone equipped with under-screen camera technology. Due to technological advancement, the screen window effect of the under-screen camera technology has been significantly alleviated, and a full-screen experience with a frontal complete and good look and feel can be realized.

On April 10, the rendering of the new Mi MIX machine was exposed on the Internet. It can be seen that relying on the under-screen camera technology and the narrow border around it, the full-screen effect is very extreme. In addition, the fuselage lines are more rigid and square than the current Xiaomi Mi 11 series, but to a certain extent, it strengthens the visual shock brought by the full screen.

Although Xiaomi has not announced the new MIX machine, only from the perspective of the renderings, at least in terms of the full-screen effect, it is already in line with the fans' expectations for the new Mi MIX products.