Xiaomi quietly launches MiTu Kids Watch 4X in China for 549 yuan ($79). The highlights of this wearable include support for VoLTE HD calls in more than 200 countries, dual camera, water-resistance up to 20m, and 7 days of battery life. 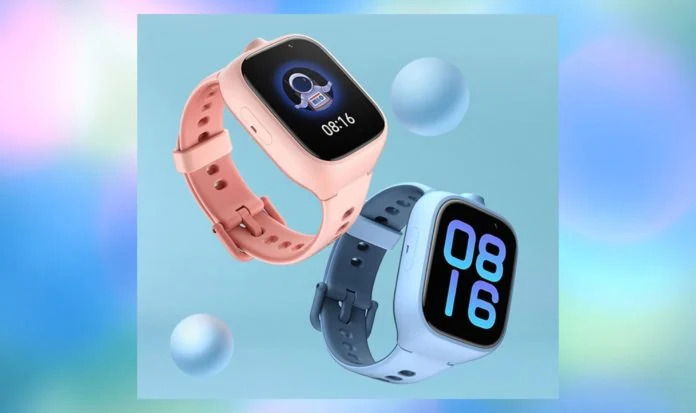 The newly introduced MiTu Kids Watch 4X sports a 1.52-inch square display with Corning Gorilla Glass 3 protection and oleophobic coating for a smudge-free experience. The strap of the wearable is made of silicon and it comes in two colors – Blue and Pink.

The Watch supports VoLTE HD calls on 4G networks in more than 200 countries and all the three major carriers in China – China Mobile, China Unicom, and  China Telecom. It also comes with GPS so that parents can track the whereabouts of their children from

their smartphones running Android 4.2+ or iOS 9.0+. Also, there’s an option for SOS function.

Further, the wearable comes with Xiao AI voice assistant, a dictionary app, and an interactive English coaching app. Additionally, parents can install a host of other educational apps and it also features an in-built customized QQ messenger for kids to stay connected with their parents.

The Mitu Kids Watch 4X also sports a 2MP front-facing camera for video calls and a 5MP side-mounted camera to capture pictures of the surroundings. Kids can also learn about the things in the clicked pictures with the help of on-board AI like Google Lens.

The wearable is water-resistant up to 20m so that kids can wearing even during their swimming practice. Last but not least, it is backed by an 830mAh battery, which the company claims to offer 7 days of battery life.