Yesterday, the official Xiaomi Twitter account announced that the Redmi Note 8 Pro will get a special edition. And just as we predicted, it is a new color variant called Coral Orange. 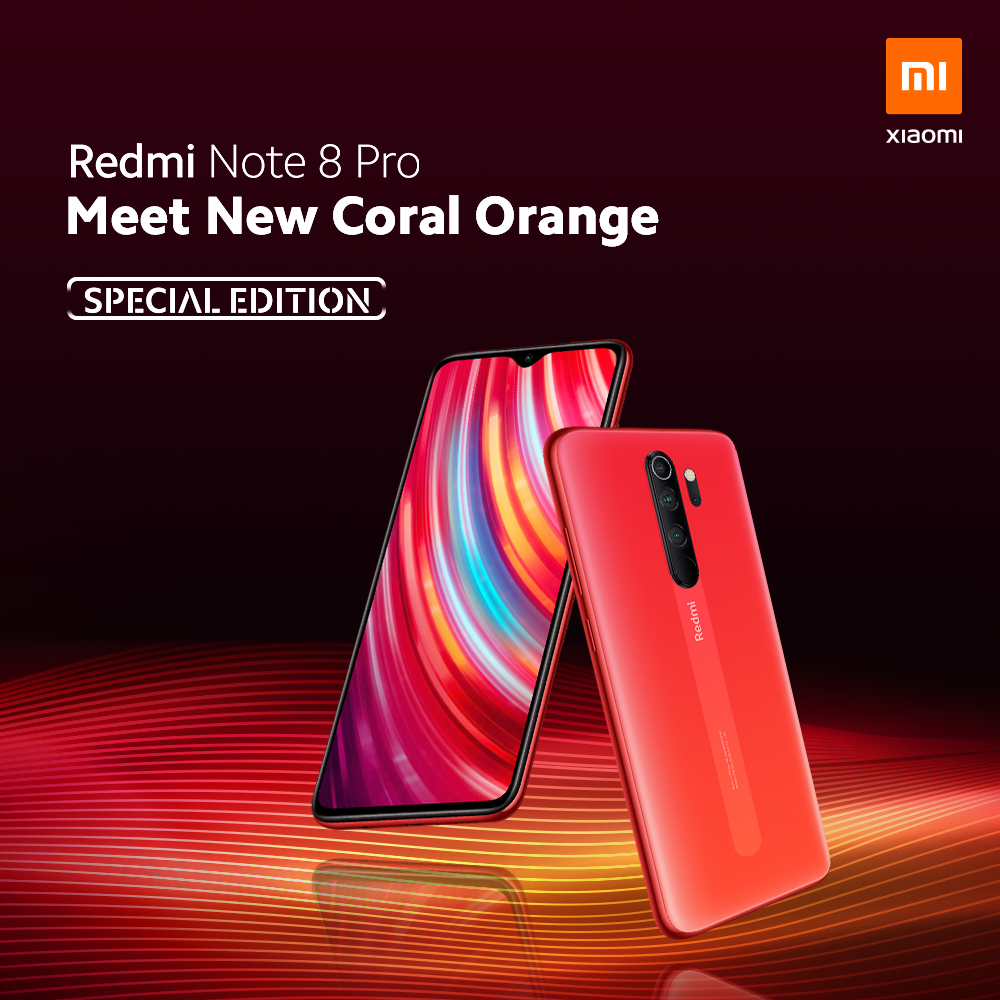 The new Coral Orange Redmi Note 8 Pro is the same colorway as the Twilight Orange announced back in January in China.

With the new color option, the Redmi Note 8 Pro is now available in a total of five colors. The other four colors are Electric/Deep Blue, Gamma/Forest Green, Halo/Pearl White, and Shadow

Black/Mineral Gray. However, not all color options are sold in a particular market. Xiaomi has also not announced which countries the new Coral Orange will be sold.

The mid-range phone powered by the Helio G90T has a 6.53-inch FHD+ display with a notch that houses a 20MP camera. It packs 64MP quad rear cameras, a rear-mounted fingerprint scanner,