Huami teases the arrival of new Amazfit products in Autumn

Huami is expected to announce new Amazfit products soon. Among the expected products are successors to the Amazfit GTR and Amazfit GTS. Today, the manufacturer released an official teaser hinting at the arrival of new products.

The teaser was posted on Weibo and it hints at the new products launching this autumn. Autumn begins in September, which means there should be a series of launches next month. 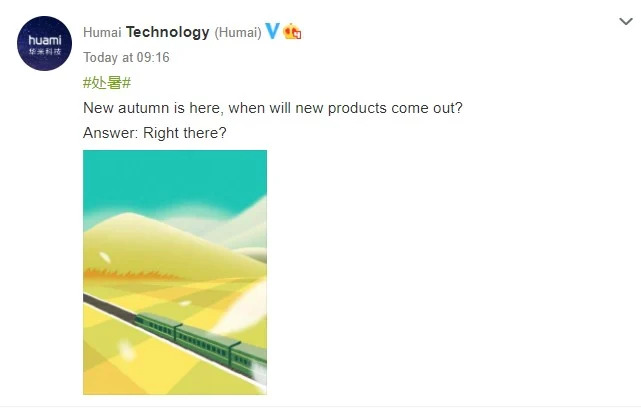 The Amazfit GTR 2 and Amazfit GTS 2 are expected to come with AMOLED displays like their predecessors. However, it has been reported that the GTS 2 may have a round dial rather than a square one. Other features reported to be present

in the 2nd-gen GTS 2 are NFC, Alexa voice assistant, and a new feature called Smart Crown.

Huami should also launch its very first smart scale which has already received Bluetooth certification. There has also been a mention of another smartwatch called the Amazfit Neo. Nothing is known about the specs of the Neo save for its codename which is “Tokyo”.

We expect more details about these new products will surface in the coming weeks. So make sure to check back for updates.