Xiaomi Youpin has launched the Ningmei Soul GI6 desktop computer which is powered by an AMD Ryzen R5 2600 processors. The desktop PC comes with a starting price tag of 1799 yuan (~$260). 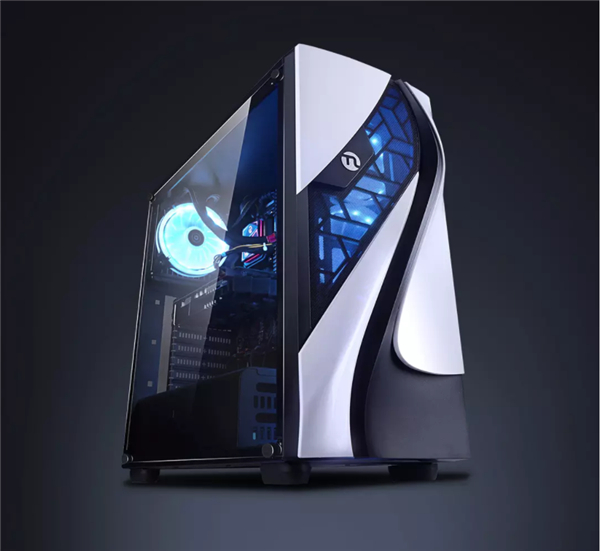 card. The processor is paired with 8GB of RAM and 180GB of solid-state drive. It can achieve 160FPS with high LOL characteristics.

The fun edition is also equipped with a Ryzen R5 2600 processor but packs an RX590 8G graphics card. It equally packs 8GB memory and a bigger 256GB storage. This version can achieve 110FPS with high special

effects for PlayerUnknown’s Battlegrounds. It carries a higher price tag of 2,599 yuan due to the improved graphics card and larger storage

Finally, the Enjoy edition which is priced at 2999 yuan has an RX590 8G graphics card just like the fun edition. However, the processor pairs with 16GB of memory and 512GB solid-state drive. It can also achieve 110FPS

In terms of the design, the Ningmei Soul GI6 desktop computer adopts a high-value appearance consisting of a transparent outer cover. It also features a dual-fan design which has a relatively good heat dissipation performance.

Thanks to the solid-state hard drive, the boot time of the computer is only 9 seconds.