The overseas market of Xiaomi mobile phone is a big success! European market share ranked second for the first time

Since entering the era of smart phones, the achievements of domestic mobile phone brands are obvious to all. Not only have they stabilized their position in the domestic market, they have also actively attacked overseas markets. Domestic mobile phone giants such as Huawei, Xiaomi, OPPO, and vivo are doing well in overseas markets. Performance. Recently, Canalys released data showing that Xiaomi mobile phones have been a great success in the European market. 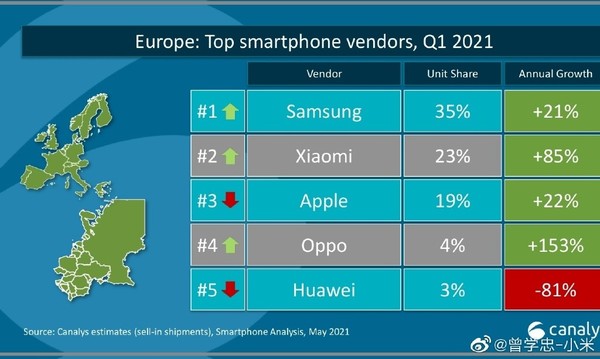 PREVIOUS：Realme Buds Q2 released in Pakistan, 20 hours battery life NEXT：Mi 11 Ultra is expected to go on sale in the Netherlands on May 11!