On May 19th, Huawei held a full-scenario smart life new product launch conference, which officially brought a variety of new products including Huawei router H6, providing important product support for consumers to build whole-house intelligence. As early as April 27th, Huawei Routing H6 had already opened an appointment event. The features of wide coverage, strong performance, efficient networking, good ease of use, intelligence and security have attracted the attention of many consumers. Nowadays, the official appearance of Huawei Router H6 will solve the many network pain points that consumers and families encounter daily with the help of high technology.

Take the scene of a large apartment. Although it is very cool to live in a large house, it did cost a lot of money when it was renovated. In addition, the annual property and so on are a lot of expenses. When you live in a big house, you will find that the Internet, which you have never worried about before, has become a big problem. In some rooms far from the living room, the network signal is so poor that you can’t imagine it, and it’s almost impossible to chase drama in the bedroom. . The arrival of Huawei Router H6 will completely solve the problem of large-scale network coverage and provide consumers with a high-speed network experience. Huawei router H6 includes a parent router, 1 child router Pro and 2 child routers. Large units can connect more child routers through the cascade between the parent routers to achieve wider coverage. Moreover, each sub-router of the Huawei Router H6 package supports Huawei Wi-Fi 6+ technology. With the characteristics of 160MHz ultra-large bandwidth and dynamic narrow bandwidth, it can achieve twice the speed and pass through a wall. Consumers In addition to enjoying the advantages of large coverage, you can also enjoy high-speed Internet access, enabling easy access to the Internet in every corner of the room.

In some of the previous large-sized network solutions, many people have chosen wireless Mesh, and the experience will be better than a single router. But for Huawei Router H6, it uses the Huawei Hongmeng Mesh+ networking solution, which can efficiently unite Wi-Fi throughout the house to form a unified and coordinated whole. Compared with the traditional wireless Mesh networking, Hongmeng Mesh+ not only optimizes the connection between routing and routing, but also the connection between routing and Internet equipment, with more powerful scalability and better user experience. This allows us to move around in different rooms without experiencing network fluctuations, and the experience is consistent. 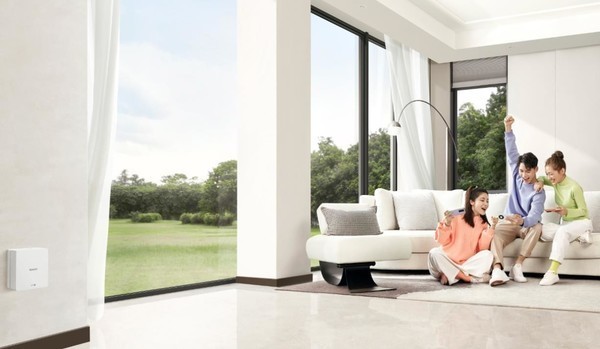 In addition, Huawei Router H6 also has distributed intelligent acceleration capabilities that support game acceleration and online class acceleration. Whether you are a heavy game player or a parent with children at home, it can provide special acceleration capabilities for your usage scenarios. Let you focus on the experience itself. And it can use multiple protection methods such as Wi-Fi password anti-violent cracking, Wi-Fi anti-scratch network, camera protection, smart device safe, etc., to keep your privacy and network security at all times.