Xiaomi is known for offering value for money smartphones since its inception. It was one of the few OEMs responsible for the 4G smartphone revolution in India.

Due to which, it is now leading the market for years. Now, the company is aiming to make a name for itself in Europe following the same principle.

To begin its aggressive push to the region, it has officially announced to launch a sub-€300 5G smartphone this month. 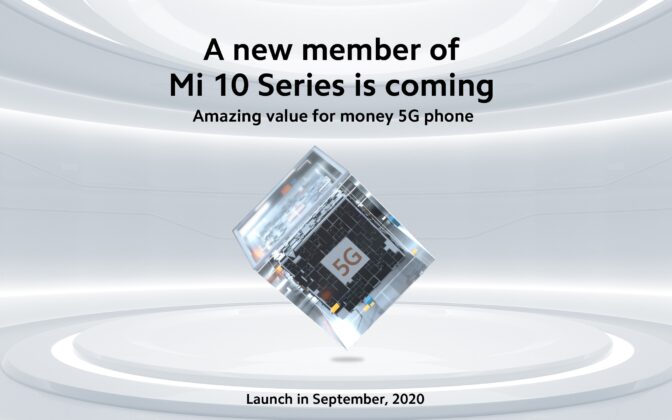 Xiaomi has been operating its business in Europe for a few years now. It has been slowly growing its market share in these countries for the past few quarters.

With Huawei’s decline, the company is trying to push hard as possible with growing competition from OPPO and realme.

Though Xioami’s Redmi brand offers a number of affordable 5G handsets in China, they are yet to make their way to international markets. Instead of bringing them,

Currently, the only mid-range 5G phone that Xiaomi sells in Europe is Mi 10 Lite priced at €350. It features the popular Snapdragon 765G SoC,

which is found in almost all the budget 5G devices sold globally.

The only other Snapdragon 700 series chip to offer 5G is Snapdragon 768G. Hence, the upcoming mysterious below €300 price tag Xiaomi 5G handset to be either power

by one of these chipsets or by something else, which Qualcomm will announce a few days ahead of the phone’s official launch.

Anyway, as this smartphone is expected in September itself, we can expect the company to soon begin teasing it in the coming days.