Redmi K30 Extreme Commemorative Edition to debut on August 11; Could be the rumored K30 Ultra

Xiaomi’s upcoming virtual event on Aug. 11 will be held to celebrate its tenth anniversary. The brand is expected to announce multiple devices on the said date. Yesterday, the company confirmed that the company will announce the Xiaomi Mi 10 Extreme Commemorative Edition smartphone on Aug. 11. Today, the company released an official confirmation that the Redmi K30 Extreme Commemorative Edition smartphone will be also unveiled through the same event. 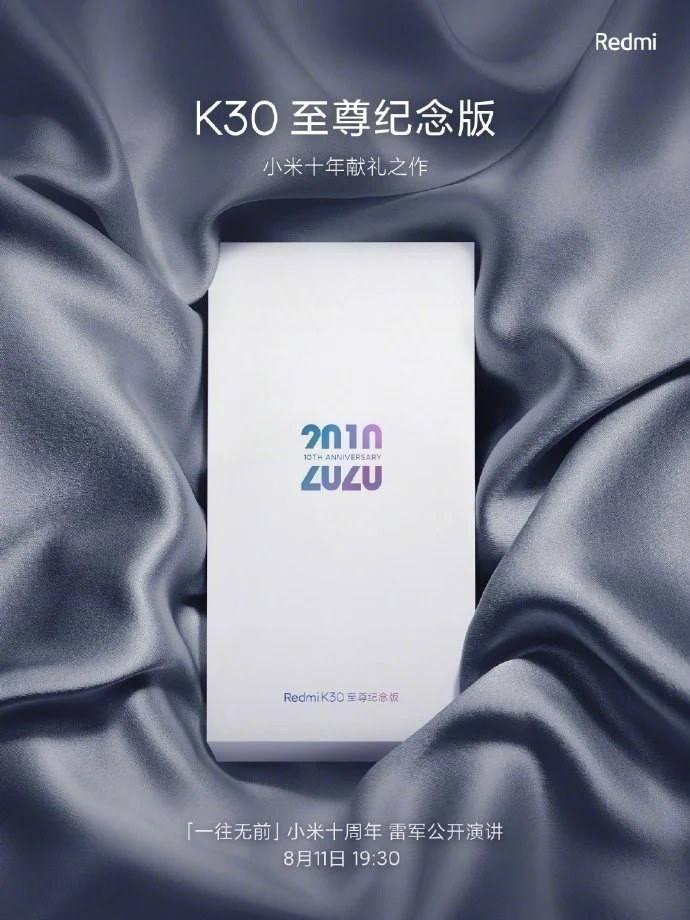 The Redmi K30 Extreme Commemorative Edition is also listed for reservations on the Jingdong Mall retailer of China. The company has not revealed any details on the specs of the phone. It appears to be the M2006J10C phone that recently appeared in the database of the TENAA authority of China with full specifications and images. Earlier leaks suggested that this phone could be debuting as Redmi K30 Ultra.

The handset is backed by a 4,500mAh battery. It is expected to arrive with support for 33W fast charging. It is preinstalled with Android 10 OS and the latest MIUI 12 skin. The device lacks support for external storage.

The M2006J10C has a 6.67-inch notch-less OLED screen that delivers 1080 x 2400 pixels Full HD+ resolution and 20:9 aspect ratio. The display is likely to support a 120Hz refresh rate. It has a 20-megapixel pop-up selfie camera and a 64-megapixel Sony IMX686 quad cameras system. Lastly, it features an in-screen fingerprint reader.