The projector is a successor to the MIJIA Projector Lite (Youth Edition) which was first announced around January 2019. This new version will be launched under crowdfunding on Xiaomi Mall on September 2 at 10 AM UTC+1. 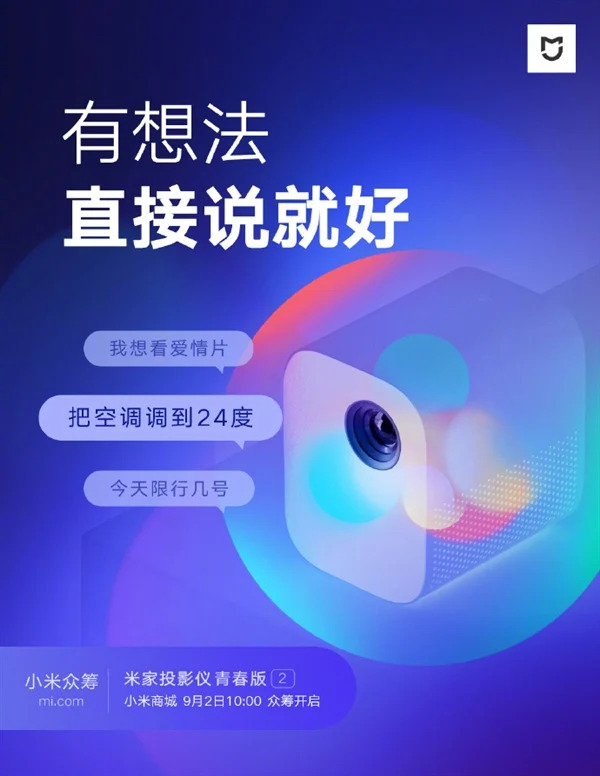 The MIJIA Projector Youth Edition 2 will have as its biggest selling-point the presence of XiaoAI voice support. This feature was lacking on the first-generation model. The teaser poster also avail us the opportunity to see how the device will look like.

The design is also similar to the model launched last year. But this time around, the front panel is changed from fabric to the same white plastic material as the body.

It has a resolution of 1080p and support for HDR10. It is also soft on the eyes and great for kids. There is also built-in speakers onboard.